December 19, 2017
Lets spend a moment and talk about mass transportation. Namely, trains. Walt was a huge fan of trains, likely being a part of his youth at that point in American history. He also seemed to have his best thoughts and ideas while traveling on a train. In fact, Mickey was created while on a train.

Trains are rather a romantic image of the time, compared to the mass transport for the poor they are viewed as today. This comparison is rather silly of course, as some train trips are still considered romantic and cost as such, like the well loved Coast Starlight from Amtrak. But these remain the exception and trains are considered a "daily city transport" across larger cities world wide, with Europe taking a lead on train integration.

It was only natural for trains to be built around Disney, and its LONG legacy is detailed better in this website if you are interested. What I really want to focus on is the more abstract train car design.

When I talk about this, I'm not talking about track width or visual steam trains vs sleek monorails. I'm talking about the very interesting world of fiberglass and extruded plastic. Below is a picture of the People Mover car at Disney World, one of the more interesting choices of cars for a "mass transport model" of train. 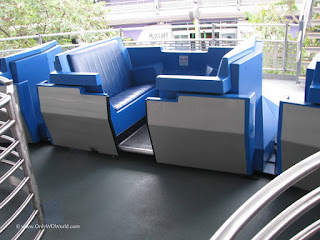 The people mover car actually mimics the personal rooms that appear in older travel cars and "hotel" room long distance train rooms often featured in movies. The obvious change is the open top and lack of a hall way between rooms. This ride was built by Disney's imagineering division and the "future design" of the cars looks a bit similar to the ride cars of Horizons, which we will talk about again in this blog. I wouldn't doubt the same molds were used on the side of the People move and the doors of the Horizons car. 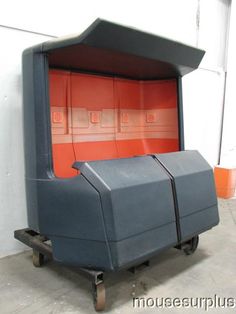 For the EPCOY Podcost, I've married these too designs, essentially making a two person "car" that is enclosed with automatic doors in the front that run on rails. In EPCOY we theorize the same "always moving" structure would be used, which people on a moving platform loading into moving cars. Loading from the front of the car would also be easier than a small door on the side, but more complex track designs.

I like that the design is a homage, only mostly practical, and feels like Disney, while presenting a clear take away image in the world of tomorrow. No one would offer such a thing in the world today, personal cars are very wasteful of space in typical trains. Its much more logical to build larger cars that are open. However, that's a "train model" and this is more about "personal transport".

Just quick thought about the future from this point in time. Cars are going to be driving themselves very soon, and as such, they are going to be much more like the vision of these personal train cars using roads as tracks. I guess Walt was ahead of the times yet again. 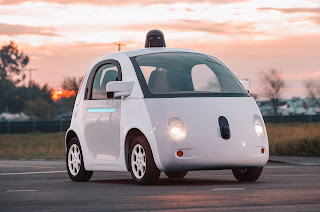